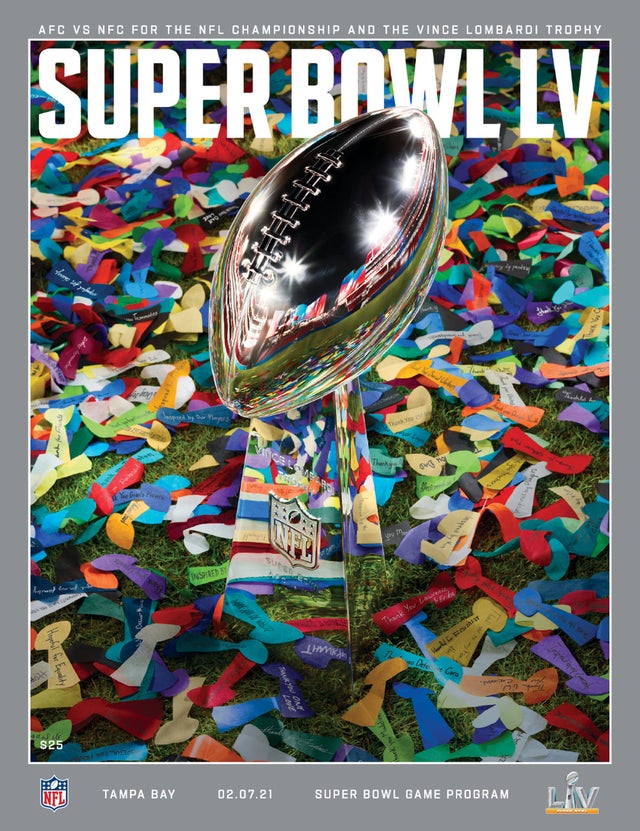 This Program will have no bar code on cover.

The brilliantly designed Super Bowl LV Official Game Magazine is a fitting tribute to the biggest championship game in sports. A collectors item for both fans of the playing teams and the game itself, the program is packed with in-depth analysis of the AFC and NFC champions, a review of the 2020 season, game-by-game history of the Super Bowl, and several feature stories penned by some of the most-respected football writers in the country.

This is the Stadium version. It is the program that will be sold at Raymond James Stadium on Super Bowl Sunday.

The cover art shown is an approximation of the final printed piece, which will bear the logos of the two participating teams.